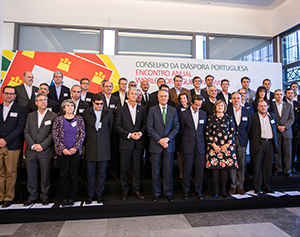 In December 2014 took place the 2nd Annual Meeting of the Portuguese Diaspora Council, at Palácio da Cidadela, in Cascais.

In this panel was discussed the position of Portugal has a place to create centres of entrepreneurial services in operations of outsourcing and nearshoring.

Portugal has good conditions to accelerate its disease prevention plan, thanks to its infrastructures and health competent and well prepared professionals – with quality education and internationally recognized scientific research.

By The Portuguese Diaspora Council, December 2014