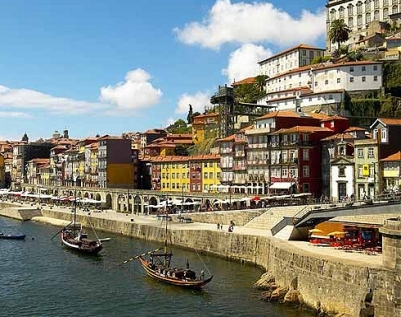 The new pension freedoms will allow you to move abroad, If you move to sunny Portugal for example, it could be possible to take your UK pension and pay absolutely no tax on it for the first 10 years.

The ultimate pension freedom: Retire in Portugal and reduce your tax

New freedoms mean you can move your pension abroad. We show you where you’ll pay the least tax

It is the ultimate dream for many people – to work hard, build up a nest egg and retire abroad to a climate with year-round sunshine. Now there is an added financial motive to move overseas. The new pension freedoms will allow you to move abroad, take your hard-earned savings with you – and potentially escape some of the taxes that would otherwise apply here in Britain.

If you move to sunny Portugal for example, it could be possible to take your UK pension and pay absolutely no tax on it for the first 10 years. This applies even if you withdraw large sums, a move which in the UK could attract crippling tax charges, as such withdrawals are treated and taxed as ordinary income.

Does this sound too good to be true? To benefit from these rules, retired people would have to plan the move carefully and make sure they meet strict residence criteria both in Britain and their new destination country. And advice from a professional who has experience with the taxation laws of the country to which you intend to move is a must. But with careful planning and advice, the end result could be a transformed retirement – and a large tax saving.

How you are taxed on your pension income will depend on your residence status for tax purposes, and the type of pension you have. Britain has double tax treaties with most countries around the world that prevent you from having to pay tax in both of the jurisdictions. These treaties stipulate that your personal pension, which includes employer schemes and personal accounts such as Sipps (self-invested personal pensions), and your state pension, are only taxable in the country in which you live. So if you retire to Spain for example, you will only pay tax in that country. In the few countries that do not have a tax treaty with the UK, such as Dubai and Monaco, your pension remains taxable in the UK.

However, these countries are usually zero-tax jurisdictions, so you are not usually required to pay twice. There are a small number of exceptions, however, such as Brazil, where you may pay twice. Public sector pensions are different – they almost always remain taxable in the UK. Iain McCluskey, a director in the global mobility services team at PwC, says that there are a few key points to be aware of if you decide to move to a country that has a double tax treaty with the UK.

First, although you can take a 25pc tax-free lump sum from your pension pot in the UK, some countries, such as the United States, will tax you on it. It’s important to check this before accessing your pot. Also, in some countries, including Australia, New Zealand and Canada, you will not receive increases in the state pension. Instead, your pension payments will be capped at the point when you move overseas. This means that the value of your state pension will fall in real terms because of the effects of inflation.

A place in the (European) sun

The pension freedoms allow you to take advantage of attractive tax legislation offered to new arrivals by a number of European countries. But you must be considered a tax resident in your new jurisdiction. How you achieve this varies and depends on how much time you spend in the UK each year. Mr McCluskey says spending 30 days a year in the UK can be enough to make you resident here for tax purposes. “Breaking your UK tax status is harder than it used to be,” he says. “You have to have genuinely settled in the other country and it’s important to manage your visits back to the UK each year so as not to risk this.” Research your likely need to travel and ensure you don’t inadvertently do anything that changes your tax status. But assuming you successfully break with the UK and settle abroad, here are some of the most favourable places in Europe from a tax perspective.

Portugal: No tax on your pension

It is possible to move to Portugal and pay absolutely no tax whatsoever on your pension, whether you decide to take it as one lump sum or as a regular income. This is because the United Kingdom has a double tax treaty with Portugal and in 2009, Portugal introduced the nonhabitual residents regime. This allows new arrivals who become tax resident to take all foreign sources of income such as pensions tax free for the first 10 years. Jason Porter of Blevins Franks, a company that specialises in financial advice for British expats in Europe, says this is available to anyone who has not been a resident for tax purposes for the previous five years. To qualify, you need to register as a non-habitual resident with the Portuguese tax authorities, and after 10 years you will be taxed at Portugal’s marginal rates.

Regular annual pension income is usually taxed at 5pc in Cyprus, while pension lump sums can be entirely free of tax, according to Mr Porter. And thanks to a special arrangement with the UK, Cyprus is the only country where UK public sector pensions are taxed locally, making it particularly attractive for retiring public sector workers. Britons resident in Cyprus for tax purposes can choose to be taxed on their UK pension income in one of two ways. Either a flat rate of 5pc is paid on any excess over €3,420 (about £2,500) per year, or tax is paid at the local marginal rates, which are higher. Residents make this choice each year when filling out an annual tax return. “Cyprus also has further reliefs on ‘exempt income’,” Mr Porter says. “This includes items such as commutation of pensions, which could include pension lump sums. As such, pension lump sums can be entirely free of tax.”

If you’re keen to take your whole pension pot in one go, France might be the ideal place for you. As a tax resident in France, any regular or annual pension payments are taxable at the normal marginal rates locally, minus an annual deduction of up to €3,660 per household. France also charges a 7.4pc social tax, although expats are usually exempt from this so long as you fill in the relevant paperwork. But lump sums from pensions are not taxed at marginal rates. Instead, they are subject to 7.5pc income tax, no matter how big the withdrawal is. “The definition of pension lump sum is open for interpretation, and differing views may be taken by different local French tax districts,” Mr Porter says. He adds: “For absolute clarity, a single lump-sum payment is recommended, taken once you have become a tax resident in France.”

Although it’s the most popular country for British retirees, Spain is not particularly attractive from a tax perspective. There are a lot of grey areas in Spanish tax law, making it difficult to make retirement financial plans with any certainty. The type of annuity or pension income you have will determine how much tax you pay. But various regions take different views on this. In the best-case scenario, you could take an annuity and pay less than 5pc tax on the income. But in the worst-case scenario, your annuity could be taxed as savings income at a rate of 21pc, 25pc or 27pc, depending on your income. Other pension income is considered general income and taxed as such at between 24.75pc and 52pc. Additionally, the 25pc tax-free lump sum is taxable in Spain once you are a Spanish tax resident — so it is wise to take it before you leave British shores.