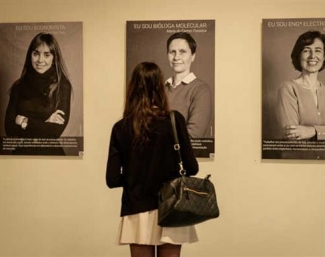 According to OECD, Portugal is on the top of the list with more women trained in sciences, technologies and mathematics with 57%, ahead of the organization’s average.

When the debate about equality gains a new breath in Portugal, good news come from the outside. In a OECD’s study published this month, the country appears in the top of the list with the biggest percentage of women graduated in the fields of science, mathematics and technology of the group (57%), ahead of the OECD’s average (39%) and even of the neighbour Spain (35%).

The work conclusions reveal that the gender disparity is still a reality in the majority of the countries, in every social-economic areas, with more women following college education but having less career opportunities than men and with wage gap gender for the same kind of work persisting. The situation shows that those differences get worse according to the age range increases – for which contributes factors like maternity, delaying and distancing even more women form better salaries and opportunities.

Even if Portugal has a long way to run for gender equality, truth is that the country highlights in one point: it is seen as an example in what concerns opportunities’ creation for women in the technology field, where, the wage gap, even if that exists, is near 7% lower than in the other analyzed countries.

Vodafone invests in youth and digital