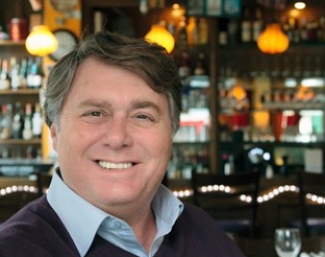 Henrique Cymerman, member of the Portuguese Diaspora Council, is a reporter in many war backgrounds, especially in the Middle East. He launched in March a new book entitled “O terror entre nós”.

You refer in your book – «O terror entre nós» – that there is two big threatens in the world, at the moment: jihadism and right-wing extremism. Why?

Because of obvious reasons. In the last three years, jihadism reached a enormous threaten level to the occidental world, but not only. 98% of Daesh victims are Muslims. What is happening in the west is symptomatic. Half of the Italian army is patrolling the cities. You cannot believe this but, nowadays I see a lot more security in Europe than in Israel, where I live. Jihadism is, for this reason, a threaten, is declares itself as so and promises to fight against the infidels, in other words the Christians and Jews, by different means. One of those means is the attacks made by the «solitary wolfs», with knifes, bombs, trucks, etc.

And what about the right-wing extremism threaten?

The enormous changes registred since the II World War has been traduced, namely, in the waves of refugees. In Syria, about 12 million people lost their houses in the last seven years. There is 1 million deads in the Middle East in seven years, besides the number of injured people, rapes, tortures, etc. It’s brutal. A lot of them went to Europe, mainly Germany. And there is a reaction of the fascists forces and local neo-nazis that try to fight, someway, against the emigrants. What we can see is the increasing popularity of the right wing, in general, and of dangerous, racist, extremist groups, that support these kinds of discriminations. It’s such a big threaten.