Zita Martins, a star on astrobiology

Home / Blog Archive / News about The Council and Counselors / Zita Martins, a star on astrobiology 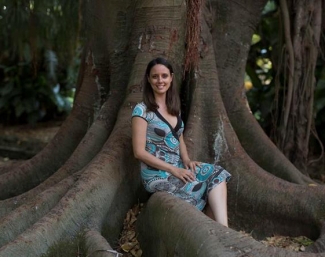 The Counselor of the Portuguese Diaspora and astrobiologist, who has been recently invited to participate on a Japanese space mission, talks about her international professional career on the field of astrobiology.

The relevance of Zita Martins‘s work was recognized by the former President of the Portuguese Republic and Honorary President of the Portuguese Diaspora Council who awarded her, in 2015, with the Order of Santiago da Espada. And it was about that work “from the other world” that she talked at Jardim Botânico Tropical de Lisboa, on this year’s edition of the Meetings of Fundação Francisco Manuel dos Santos. She doesn’t hide her enthusiasm for having been invited to participate on the Japanese space mission Hayabusa2.

The conversation theme with the participants on the Meetings was “Why the meteorites”. Why do meteorites were choose to be talked about on an event where labour is analysed?
First because it is my work and because we have to think about the future. What kind of labour will we have on the future? Which jobs will have our youth? And one of the future careers is exactly the astrobiology field and all the space field. This is visible on the investment that the government makes the the space field. It is fundamental to think these things about the space, the beginning of life. For me it is a field that fascinates me a lot.

And the space research helps on the development of equipment…
On the United States the firemen equipment was developed for space missions. Because both astronauts and firemen needs equipment that is light and resistant to cold and heat. Therefore, all technology being developed in space missions can be applied to other fields.

I don’t say so, other people say it…

Yes, but  you are on the right career: a star on astrobiology.
I think I am very well. Because it is fundamental to do something that we love, that makes you feel butterflies on the stomach. I have always had a fascination for chemistry and space. Carl Sagan’s inspiration. In my case this is my dream career, joining chemistry and applying it to the space. Working on space missions and trying to answer to some of the biggest science and humanity questions: how did we appeared here? Is there life in other parts of the solar system? And at the same time helping the humanity on the day by day. Science can and should contribute to the quality of life of everyone.

Zita has already worked in many places, including NASA. All of this is part of this evolution process in which you were outside the country for many years?
I’ve been outside of the country for almost 16 years. First, I went to finish my bachelor degree, I am from the time of the five years bachelors, to the Netherlands, and I became so fascinated that I went there to make my PhD. During that time I was NASA’s guest scientist. After that I accepted a first post-doc, very short, at the Imperial College in London, after that I won my own money – a million pounds – and stayed for 11 years working at the Imperial College, so it was a lot of years, and I also spent a brief period in the south of France. It is a lot of countries, many experiences and we learn a lot from that.

In other words, the star. You have also contributed on BBC programs…
BBC and the media in UK had a problem: all the TV presenters were men and there was a study from a university that stated that it couldn’t be like that. BBC made a casting to choose women to present the scientific TV programs, there were more than two thousand people and 60 were selected. I was chosen between these 60 and after that I had the BBC training on radio, television and how to present.

With that international career, what led you to return to Portugal?
I left Portugal in 2002 because I wanted to bring astrobiology to the country. My dream was to have training on that area, which didn’t exist in Portugal, and thus what I thought was:I am going to study and one day I will be back and we will have the first astrobiology laboratory. But for that it is necessary to give many steps, go to the best research places and to create a contact network. These 16 years outside of Portugal allowed me that. Allowed me to be part of the best institutions on the world – NASA, Imperial College, that is among the five best universities in the world, I was in universities in France – I created my own contact network, I built my own career. Now I am on Instituto Superior Técnico [where she took her degree in Chemical Engineering] and with a steady job, as associate professor. I couldn’t ask for better. It is a dream come true.

But the researches continue…
My investigation has many new sides, I have PhD students, I will have master students, and I am involved in many space missions. This week I was invited for one more space mission, a Japanese space mission, Hayabusa2. I will be part of one of the teams that in 2020 will have access to space samples. There are different teams analyzing these samples.The Portuguese flag will be there again, and it is really important and uncommon, and there is no more Portuguese people on the team. It is really exciting. To have access to an extraterrestrial object.

You talk about astrobiology with big excitement. How do you communicate that excitement to people when there is the idea that science is a closed world?
This is something that we learn and work how to do. What they used to tell us is: look at your research, resume it in a few quotes and try to explain it to your mother, grandmother, or your family member that isn’t a scientist. After that see if that person understood.

Zita practiced ballet, talks Russian, practices aikido, talks with exuberance about your work. With 39 years old what is still left to do?
I still have to do many things both personally and professionally. Everyday we are building, I couldn’t think that with only 39 years old it was all done.

But you already have a good curriculum…
Yes, I have a good curriculum, I know, but obviously happiness is that, it’s building it, contributing for the happiness of people. No one can be happy alone. Let’s distinguish: professionally there are space missions, on my work field there from now on to 10/20 years, many people retire and cannot see the mission to which they dedicated. This happens every day. There are many things I want to do. Many dreams to materialize.

And butterflies to feel on the stomach?
Yes. I used to say that my work makes me feel butterflies on the stomach, give me a sensation of happiness and passion about what I do. I’ve never wanted to have a regular job from nine to five pm. I want something that fulfills me, that makes me happy. I think about the future missions I can do. I always think long-term, very very long-term. And at the moment in what can I do to bring Portugal to go beyond.