“Portugal is going to be a center of talent capture” 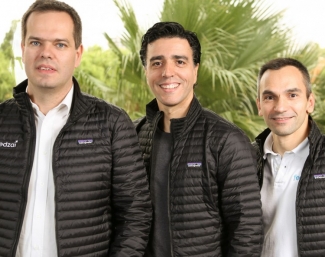 «Investing and Risk Taking for Success» was the theme of one of the Diaspora Talks that took place on December 20, in which participated the counselors Nuno Sebastião, CEO of Feedzai and John Melo, CEO of Amyris Biotechnologies.

“More companies will turn up in Portugal, but above all it will be a center of European and Latin-american talent” – this is the conviction of the co-founder and CEO of the Portuguese fin-tech FeedZai, Nuno Sebastião, one of the Portuguese people that shared this Thursday their experiences outside the country, at LACS, in Lisbon.

“There is the case of many Brazilians that want to work in Europe, have Portuguese passports and come here. I would say that we already have dozens of them in the company”, said on the second edition of the  Diaspora Talks, the “warm-up” event for the Annual Meeting of the Portuguese Diaspora Council.

On the same panel, “Investing and Risk Taking for Success”, John Melo, CEO of Amyris Biotechnologies, jokes: “In Portugal, dreaming is a sin”. Born in Azores, but living in the United States since 1973, John explains that “the country is better an, comparing with Europe, it is a good place to be an entrepreneur”.

John Melo recalls that, two years ago, the company of which he is the executive president (specialized on the development of alternative energies) established a partnership with Universidade Católica Portuguesa to create a biotechnology hub in Porto. “It is an investment of around 50 million dollars and maybe it become an investment of more 80 or 100 millions”, he announced.

“Portugal is a good place to base a technology business”, states John Melo, highlighting that, “on the USA, specially in Silicon Valley, it is difficult to have access at the same time to the European”. But, it is peremptory: “I’m not ready to invest in a company created and sold in Portugal”.

The astrobiologist Zita Martins, that went to live abroad in 2002, compliments the gender opportunity equality in Portugal. “About 50% of the graduated people in the field of sicences are women – a success case. The same doesn’t happen in other countries”, stated the scientist, engaged in a future space mission to detect the existence of life in Mars.