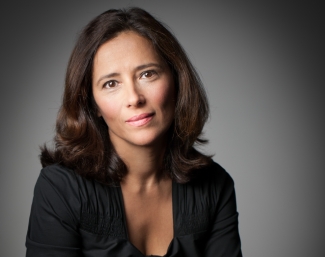 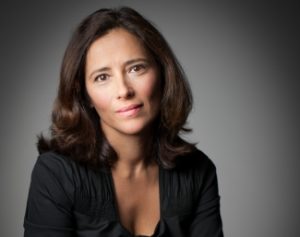 Joana Vicente “is a prominent figure of the cinema industry of New York, having produced more than 40 movies and founded three companies, including the first digital producer in the USA and the first high definition distribution and production studio of the country”. Joana Vicente’s interview to Executive Digest.

This is how the Toronto International Film Festival (TIFF) publicly presents its new executive director.

Joana Vicente was considered by Variety as one of the 60 most influential people in New York and has received the award “Made in New York”, that distinguishes personalities that have contributed to the media and entertainment industry growth in the city.

The executive director of TIFF since August 2018, was born in Macau, studied Filosophy in Lisbon, and was assistant to Maria de Lurdes Pintassilgo at the European Parliement and worked at the United Nations until she decided to dedicated to cinema production at the USA in partnership with her husband, the producer Jason Kliot. Before crossing the Atlantic, Joana Vicente was producer assistant to António Pedro Vasconcelos and Paulo Branco and had a brief participation as an actress in a Alain Tanner movie.

In New York, where she has been living for almost 30 years, she founded with Jason Kliot the Open City Films and HDnet Films, companies with which they signed around 40 independent movie productions for many directors, such as Brian de Palma and Steve Soderbergh.

Popular by her past has producer, independent directors advocate, successful in fundraising and an extensive knowledge of the changing global cinema panorama, solidified the decision.

The Portuguese cinema is a drama or a comedy? In black and white or in colors?

Like any cinema, it is all of the above. The Portuguese cinema of my memories are either of black and white comedies or weighty quiet dramas in muted colors. But it is so much more than any of the above.

What protagonist do you never stop following?

I am not sure I have one. I relate o different films and characters at different stages.

And what role would you like to have in the world cinema? And in the Portuguese one, in particular?

I just started an amazing new challenge as the Executive Director of the Toronto Film Festival, which is a wonderful platform for world cinema, including Portuguese cinema.

Your life is in slow or speed motion?

Definitely speed motion. Too much so sometimes!

What have you dreamed of being, has a child?

What’s the reason for joining the Portuguese Diaspora Council? What’s your mission and role as ‘Conselheira de Portugal no Mundo’?

For me it is an honor and a responsibility to be engaged with my country and share my experiences and knowledge to help any way I can. I take the role of Counselor seriously and do my best being an ambassador  for the Diaspora representing the country and culture.

This interview was made under a partnership with Executive Digest.

António Gonçalves in conference about management and economy