The Portuguese Diaspora Counselor and Honorary Consul of Portugal in Houston was recognized with the Leadership in Community Service award by PALCUS.

It was during the 23rd PALCUS Gala – Portuguese American Leadership Council of the United States at the Elks Tower Casino in Sacramento, California that José Ivo was awarded the Leadership in Community Service award.

The ceremony honored 14 prominent figures from the Portuguese community, from different areas, and had as its main theme the campaign they are currently promoting “Make portuguese count”.

José Ivo has been Honorary Consul of Portugal in Houston since 2018 and has an international career of about 30 years, having served as Senior Vice President at Bechtel’s Oil, Gas & Chemicals Division in Houston.

The Portuguese Diaspora Council was recognised has Development NGO

“In Africa, the sky is the limit” of opportunities 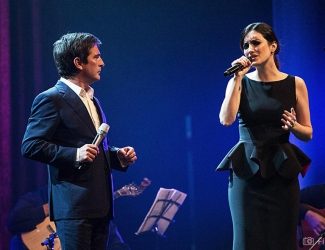