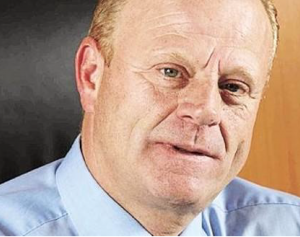 Júlio de Sousa, Chairman of the Board of Directors of Mecachrome and Portuguese Diaspora Counselor, spoke in an interview with AICEP about the company’s investments in the aeronautics sector in Portugal.

The French Mecachrome group is present in Portugal with two factories in the aeronautics sector, in Évora and Setúbal, in an investment that employs 380 people in the production of high technology parts for aircraft engines. According to Júlio de Sousa, Chairman of Mecachrome’s Board of Directors, this is a fundamental structure for the French group that will continue to develop in Portugal. Portuguese by birth, Júlio de Sousa moved to France where he studied and began his career at Mecachrome, having worked for over 30 years in the company until he became the leader of the group he employs. Today there are around 3,000 people and 13 production units in Europe – including Portugal -, North America and North Africa.

After a first investment in Setúbal, the French group Mecachrome – which leads – invested in a new investment of around 30 million euros in Évora, making an important contribution to the development of the Portuguese aeronautical cluster. Can you briefly describe the main aspects of this investment and what are the goals to be achieved in terms of production, employment and turnover?

As we had anticipated, the goal is to continue to develop in Portugal in the manufacture of high technology parts, mainly for new generation aircraft engines, in this case the Leap engine, and in particular with innovative production methods such as the cryogenic process. In 2018, the Évora and Setúbal factories had a turnover of 15 million euros, employing 380 people. The company’s objective for the two factories is to reach 400 workers and a turnover of 30 million euros.

How important is the Évora factory for the Mecachrome group, which has several production sites in several countries besides France?

The implantation of this structure in Portugal is fundamental for the group’s development since in this factory (extremely modern and potential for the 4.0 industry era) we manufacture high technology products for Leap engines and we aim to reproduce the same scheme with others. aircraft engine builders.

What were the main factors that led the French group to choose Portugal for their investments?

The main deciding factors were the relatively competitive costs, significant support from the Portuguese State, the Évora region and AICEP, the presence of a major aircraft manufacturer – Embraer – near our facilities, a culture similar to the French. , as well as the excellence of training centers and Portuguese universities.

As a Portuguese with a whole professional career developed at Mecachrome in France, how do you see this bet in Portugal? What are the challenges ahead for Mecachrome’s presence in Portugal?

There is not necessarily a cause and effect relationship here, however, when making the final decision on the choice of a foreign but European country, knowledge of the country was additional. As for the future, the challenge is to successfully develop the Évora and Setúbal factories and to continue to develop new projects in Portugal and to keep up with the growth of the aeronautical sector in the country.

How do you analyze the Portuguese aeronautical cluster?

We consider that the Portuguese aeronautical cluster is an important asset for local companies, but I think there should be a reflection on the development of other professions related to the aeronautical sector to achieve a more robust cluster.

What are your competitive factors and how can you gain greater international recognition?

For us, the main factors of competitiveness are competitive labor costs, well-trained, qualified and motivated staff, as well as a well-developed structure. To increase its international recognition, I think we could increase relations between the main world investors and Portugal. For example, Boeing’s acquisition of Embraer should be a great opportunity for the Portuguese aeronautical cluster.

As a member of the Portuguese Diaspora Council, what importance do you attach to this entity and what is its role in promoting the image of Portugal and its companies in the world? What can advisors do to attract more productive investment to Portugal?

At the Diaspora Council level, it might possibly be interesting to develop specific committees according to the needs of the different industries in Portugal to better promote them internationally.

The Portuguese Diaspora Council was recognised has Development NGO

Incentive for filming in Portugal has already attracted 40 productions