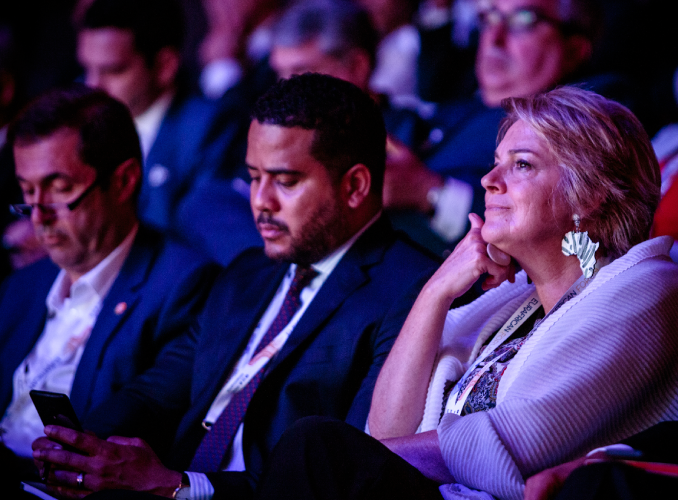 by Conselho da Diáspora
News about The Council and Counselors

With the help of the EurAfrican Forum, an initiative that the Diaspora Council launched two years ago, it was possible to “already stimulate the creation of diaspora councils in five African countries: Mozambique, Nigeria, Ethiopia, Angola and Guinea-Bissau,”

According to the Portuguese businessman, “these counterparts are totally independent”, being created by people in these countries.

“We, the Diaspora Council, are merely spurring this onset and giving our experience a little,” he said.

However, he added that the Diaspora Council “finds it extremely important” to “eventually create almost a federation of Diasporas councils”, allowing “to articulate the various messages and above all the help that may exist in this area.”

Regarding the theme of the third edition of the EuroAfrican Forum, to be held in 2020, Filipe Botton said that this “has to do with new possibilities for joint investments between the two continents, as Europe has the knowledge and Africa has the markets and the possibility. to invest ”.

“Of course here we position Portugal as a platform for meeting Europe-Africa,” he said.

The issue is also aimed at “stimulating the strength of African diasporas” as well as debating their role in the future, he added.

According to the Portuguese businessman, the first edition of the forum “allowed a rapprochement between Portugal and Angola”, and the second, in which the Diaspora Council, in articulation with the President of the Republic, was attended by the President of Mozambique, Filipe Nyusi , debated the “aid to tragedy” responses this year to Mozambique, with cyclones Idai and Kennet.

The third and next edition, in 2020, should also contribute to “strengthening international relations”, he said.

This initiative, he stressed, has always been made in perfect articulation with the Ministry of Foreign Affairs and the President of the Republic, Marcelo Rebelo de Sousa.

This event usually gathers 700 participants, who discuss the themes of the development of institutional relations between Europe and Africa.

“We think this is very important for Portugal because it allows us to assert Portugal,” concluded the chairman of the Diaspora Council.

The VII Annual Meeting of the Portuguese Diaspora Council, which will be held this Friday, has as its theme “Thinking the economy on our planet” and will discuss, among other things, the challenges of the transition to a new system of production and consumption, read in the release of the event.

The event counts on the opening session with the intervention of the Portuguese Minister of State and Foreign Affairs, Augusto Santos Silva, and the closing with the President of the Republic, Marcelo Rebelo de Sousa.

The Portuguese Diaspora Council is a private non-profit association, founded in 2012, with the High Sponsorship of the Presidency of the Republic and the Ministry of Foreign Affairs.

This year was recognized by the Portuguese State with the status of Non-Governmental Organization for Development (NGDO), for the work that has been developed in favor of relations between Portugal and Africa. through the EurAfrican Forum platform.

Its main instrument of intervention is a Portuguese and Portuguese-speaking liaison network, the World Portuguese Network, which comprises 96 members, spread across 26 countries and 50 cities on five continents, with intervention and influence in the areas of Economy, Science, Culture and Citizenship.

Portugal can achieve the goal of carbon neutrality in 2050