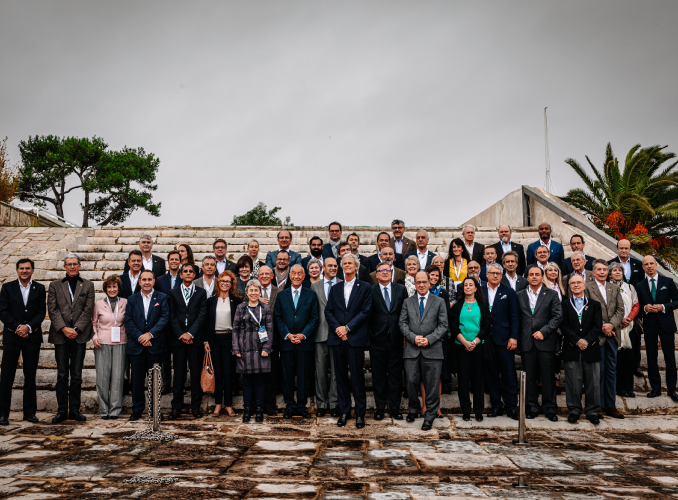 by Conselho da Diáspora
News about The Council and Counselors, Uncategorized

There are hundreds of Portuguese around the world who lead operations in various sectors. They provide invaluable help in contacts whenever a Portuguese political or business delegation travels to the countries where they work.

Based in London, Lloyds Bank with annual revenues of 26 billion euros, is also led by a Portuguese: António Horta Osório.

The European operation of the world’s fourth largest bank, HSBC, valued at 2.3 billion euros, is also led by the Portuguese, António Simões.

He is also a Portuguese, David Simas, who runs the Obama Foundation which raises more than 200 million euros a year. Then there is the Portuguese, Inês Caldeira, the executive who runs the operation of L’Oréal in Thailand, a company with an annual income of 40 billion euros.

These are just a few examples of the Portuguese executives who lead some of the largest companies and organizations on the planet, managing billions of euros.

About 60 Diaspora executives will meet in Cascais at the Diaspora Council this Friday. How to adapt Portuguese society to the new digital society is one of the themes of this year’s conference.

The Diaspora Council is an organization created so that “Portuguese with extraordinary professional backgrounds eager to help Portugal have a structure where they can do so,” explains Filipe de Botton, founder and chairman of the Board of the Portuguese Diaspora. It is intended to “bring the Portuguese of influence closer to outside Portugal”.

There are about a hundred figures from various sectors who “develop actions to present Portugal in their host countries”, adds the businessman. They also provide valuable help in contacts whenever a Portuguese political or business delegation travels to the countries in which they work. “They are very influential people in host societies who help Portugal,” he adds.

And there are already results since this board was created in 2012.

The creation of a € 50 million Biotechnology Fund, in partnership with the University of Porto, was one of the initiatives implemented.

Councellors make the bridge between Portugal and the world

The counselors “act as a network of influence magistrates, bridging the gap between Portugal and the countries where they are,” says Paulo Esteves Veríssimo, who runs a computer science research lab at the University of Luxembourg.

“The Diaspora Council can help Portugal assert itself in the world. Counselors in the countries in which they reside can have a more global view, ”says Rita de Sousa Coutinho. Walmart’s manager in China states that “they are neither rulers nor politicians, but they live daily with the society of the countries in which they live, develop business, foster exchanges and share experiences that may be very valid and relevant to Portugal. “

Everyone dreams of returning to Portugal

Despite having winning careers in the countries where they live, all these advisors that Contacto spoke of dream of returning to Portugal. For the professor at the University of Brussels, Paulo Esteves Veríssimo the only question is: When? Because “Portugal is the best country in the world to live in”, he replies.

Rita de Sousa Coutinho also says that she believes that “the return to Portugal will happen when I feel it is the right time, especially because I balance my personal life with my professional life”.

Pedro Pereira da Silva says that “sooner or later he will want to return to Portugal, which is paradise”.