Portugal can achieve the goal of carbon neutrality in 2050 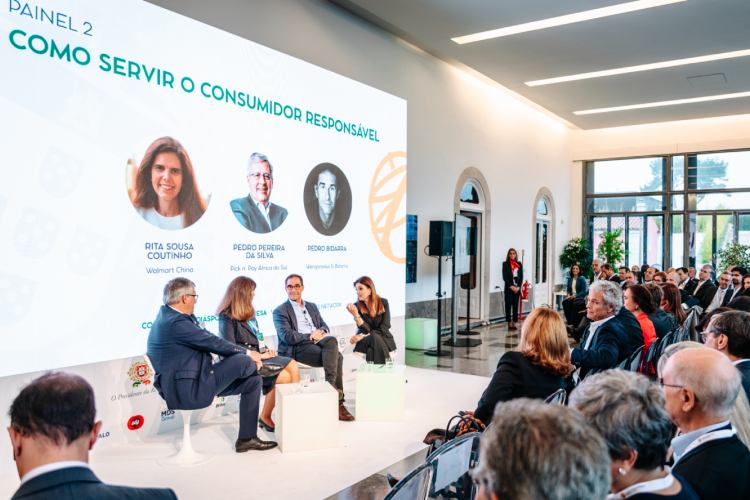 by Conselho da Diáspora
News about The Council and Counselors, Uncategorized

The president of the Diaspora Council who will hold the 7th Annual Meeting this Friday under the theme “Thinking about our planet’s economy”, said that Portugal has added value and has to assert itself in the global carbon retention chain.

“Portugal must reposition itself and it must have a role, probably not in leadership, but in integrating the global production chain in the retention of CO2” (carbon dioxide), said Filipe Botton.

The country “has value-added, at various levels, and has to prove it, (…) and can help in this matter through innovation,” he said.

Speaking to Lusa on the event’s eve, Fliipe Botton recalled that Portugal « has a number of companies that have invested in innovation in various areas related to the theme of sustainability », a word that is « very broad » and « much more than environment ».

Therefore, he considered that “through its companies, its economic agents”, the country “should try to position itself”, adding: “And it has to prepare for it”.

That is why the Diaspora Council this year brought the theme “ Thinking about our planet’s economy ” for discussion, he said.

“We think we have to prepare for the future and we must prepare our young people to face this issue,” he said.

“This is our seventh meeting, and as it has been our prerogative, we have tried to bring insights from our advisers, informal ambassadors of Portugal, who are part of the Diaspora Council, on issues that are relevant to Portugal,” he recalled.

“We thought about ‘rethinking the economy’, because in fact, it’s all about what’s going on in the world,” said Filipe de Botton.

It has to do with the digital world, the new consumers, the aging of the population, the new production chain that “has to be rethought in light of these events”, but also with the “role that Portugal can play above all in relation to information technologies. retention or carbon recapture, ”he explained.

For the businessman, the theme has been much debated and mediatized, but “full of` VIPs`, because unfortunately there are more `VIPs` than properly thought and reflected content in social networks.”

But, he considered “unfortunately, all this for the consumer society we live in, is not enough.”

“So we have to create new CO2 retention technologies,” concludes the Diaspora Council chairman.

In this seventh meeting, which will take place, as usual in the Cascais Citadel, will be present more than two thirds of the counselors present, that is, 62 of the 96 who are part of the council.

A number that for Filipe Botton “shows a concern to be present, to approach Portugal, to be able to make the suggestions that they think will be worthwhile” and also “to create a` networking` of this diplomacy ”, he stressed.

The VII Annual Meeting of the Portuguese Diaspora Council has as its theme “ Thinking about our planet’s economy ” and will discuss, among other things, the challenges of the transition to a new production and consumption system, read in the event’s announcement, which counts at the opening session with the intervention of Portuguese Minister of State and Foreign Affairs, Augusto Santos Silva and at the closing with the President of the Republic, Marcelo Rebelo de Sousa.

The Portuguese Diaspora Council is a private non-profit association, founded in 2012, with the High Patronage of the Presidency of the Republic and the Ministry of Foreign Affairs.

This year was recognized by the Portuguese State with the status of Non-Governmental Organization for Development (NGDO), for the work that has been developed in favor of relations between Portugal and Africa through the EurAfrican Forum platform.

Its main instrument of intervention is a Portuguese-Portuguese lusodescendant network, the World Portuguese Network, which comprises 96 members, spread across 26 countries and 50 cities on five continents, with intervention and influence in the areas of Economy, Science, Culture and Citizenship.