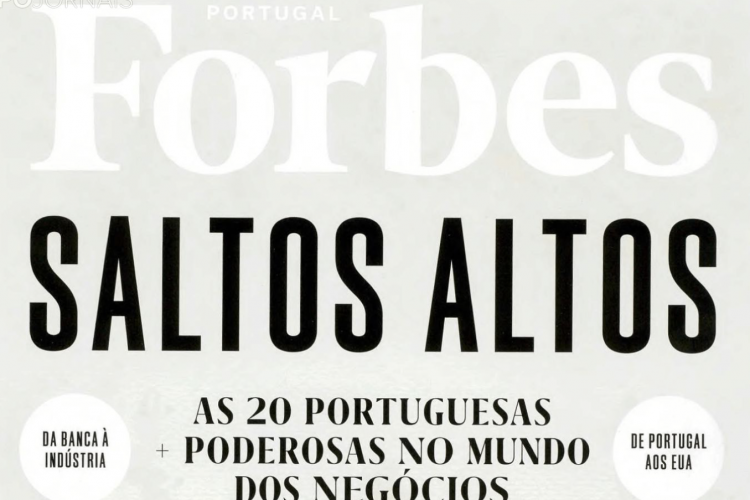 There are four Portugal Counselors in the World who are among the most influential in the business world, according to Forbes Portugal: Domitília dos Santos, Cidália Luís-Akbar, Inês Caldeira and Rita de Sousa Coutinho.

Forbes Portugal’s last edition of the year 2019 included four Portuguese Diaspora Counselors among the most outstanding Portuguese women in the business world, inside and outside the country.

– (# 12) Domitilia dos Santos. President of Dos Santos Group. One of the most influential Portuguese women in the diaspora, who has made a career and earned her place in a male-dominated environment: Wall Street. Equity manager, she is a director at US investment bank Morgan Stanley, where she leads Dos Santos Group. Among other important positions, she is part of the  Portuguese Diaspora Council and the governing bodies of the American Chamber of Commerce in Portugal. A full-fledged athlete, she is currently the Portuguese with the most marathons ever run: 268. Outside of professional activity, she volunteers at several renowned institutions, including the New York Public Library, Carnegie Hall and the Metropolitan Museum of Art.

– (# 15) Cidália Luís-Akbar. President of M. Luís Construction. President of the construction company M. Luís Construction, she is known for his entrepreneurial drive and leadership, having won several awards in the US. The presence in Maryland’s Top 100 Women in 2011 and 2014 and the election by Enerst & Young in 2014 as “Entrepreneur of the Year” are just some of the awards that this Portuguese, member of the Portuguese Diaspora Council, accumulates. In 2018, received the insignia of Commander of the Order of Merit. The company employs over 40 million euros annually.

– (# 18) Inês Caldeira. Chief Executive Officer of L’Oréal Thailand. Another example of successful human capital across borders. Executive, leads the operations of the French multinational beauty and cosmetics – L’Oréal – in Thailand, Vietnam and Laos, markets that 2018 generated revenues of 275 million euros. She became the youngest woman to lead a multinational in Portugal when at the age of 35 she assumed the executive presidency of the L’Oréal business in Portugal. A case of feminine management and excellence that will certainly have much more to give.

– (# 20) Rita de Sousa Coutinho. Founder and CEO of Ocean Participações. A prominent character in the Portuguese diaspora, having held various positions in national and international companies in the retail sector, including Grupo Pão de Açucar (Brazil) and Jerónimo Martins Group, where she led the Proximity Business and the activities of the Portuguese group in the Brazil. She is founder and chief executive officer of Ocean Participações, a consulting and investment firm, is a partner of Benjamin Padaria, one of the largest bread distribution networks in Brazil, and collaborates with Walmart China. She is an alumna of INSEAD Business School and Harvard Business School, where she deepened her studies at the Catholic University.

"We often say that we are the best ambassadors of Portugal"

Rita Sousa Coutinho: “In life, the biggest risk is not risking”