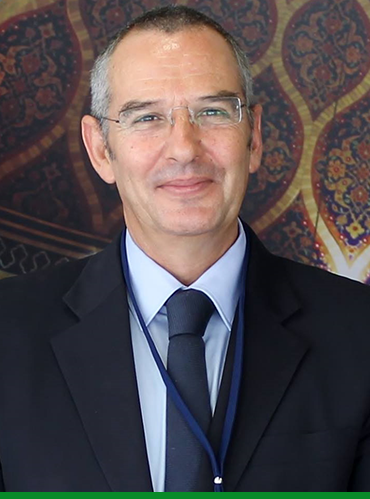 António Gonçalves is the founder of EA Ventur.

Between July 2015 and June 2018, he was International Director of ES-KO International Inc. – one of the world biggest logistics multinationals, installing camps in difficult access and politically unstable locations, having served the major world organisms such has UN, NATO, and many NGOs and Governments. ES-KO employs more than 2.000 people and is present in Sudan, Congo, Mali, Burkina Faso, Uganda, Senegal, Somali, Occidental Sahara/Morocco, Angola, Haiti, Cyprus, Afghanistan and Iraq.

Previously, he founded Origin International, a consulting company in management and leadership operating in Dubai, being responsible for the development of the first stage of the $120 million USD venture capital project of the company.

Between 2010 and 2014 he was CEO of Ecolog International, focused in management services of remote installations and the US Executive Director of the Administration Council. He was also CEO of the Gulf Catering Company / Gcc Services in Kuwait (2006-2010), General Director of the Food Services at Mclane Portugal (2002-2004), Director of Eurest (1998-2002) and Director of Carlson Portugal & Brasil (1996-2000).

António Gonçalves is graduated in Hotel Business Industry Management and has a post-graduation in Corporate Management for the Catholic University of Lisbon.

He is a member of the Portuguese Diaspora Council since 2016.