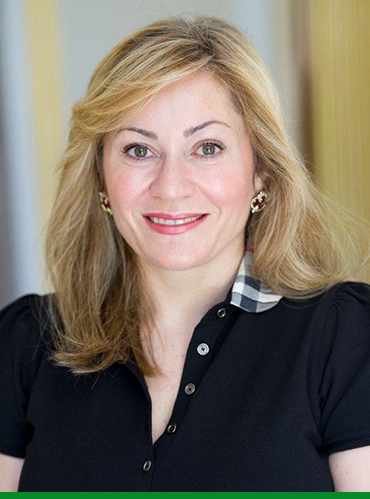 Cidalia Luís-Akbar is a senior executive with more than 25 years of experience, President of M. Luís Construction, based in the United States, and that offers prominent solutions in motorways asphaltic building projects.

Besides being a member of the Corporation Council for the Economic Development of the municipality of Montgomery, Cidália has place in the Council the Trade Chamber of the municipality of Montgomery and also has a place in the Council of the Central Medical Foundation of Child Hospital, in the Academy of Citizens in the bureau of Washington’s FBI, and the Trade Chamber of Portugal-United States, of the School the World and the Foundation Ayenda. Member of the Young Presidents, of Capital Chapter, of the 200 Committee and of the Organization of the President Women where she is also a member of the Zenith Forum.

She was distinguished with various prizes, of which the followings: leader of the year of small business by the Trade Chamber of the municipality of Montgomery and the prize of the FBI Directors for Community Leadership in 2015, Top 100 Women of Maryland in the Daily Journal Record 2014 and 2011, the prize Entrepreneurial of the Year from Ernst&Young from Maryland 2013; the prize Women of the Year of the Enterprising Women Magazine 2013; Woman of the Year 2012 for the National Association of Business Property Women and she was also a highlight in the june 2011 edition of Forbes Magazine.

She is a member of the Portuguese Diaspora Council since 2014.