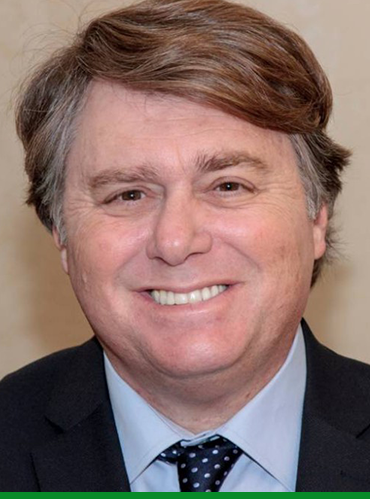 Henrique Cymerman is a journalist, writer, director, lecturer and university professor that works has a correspondent in the Middle East for many TV channels. He covered the Middle East events for more than 25 years, where he developed trust relationships with the political leaders in Israel, the Middle East and the Arab world, and he is served has a single arbitrator between the evolved nations in the Arab-Israel conflict.

He is the author of the last interview given by Isaac Rabin, 24 hours before the prime-minister had been killed and he has already interviewed other important personalities such as the Pope Francis in June 2013. He also speaks in conferences in the entire world and he is professor of Government, Diplomacy and Strategy in the Israeli university IDC.

Between 2005 and 2012, he published the book “Vozes do Centro do Mundo: O conflito árabe-israelita contado pelos seus protagonistas”, in six languages, in which he includes interviews with fundamental personalities in the region, such as Yasser Arafat; Shimon Peres; the Hamas’ leader, Ahmed Yassin; Omar bin Laden, Osama bin Laden’s son; Mahmoud Abbas and the last interview to Isaac Rabin. He was also co-author with Jorge Reis-Sá of the book ‘Francisco: de Roma a Jerusálem’, that talks about the journey of the Pope Francis to the Holy Land.

Graduated in Tel Aviv in Social Sciences, he also got a Master in Political Sciences and Sociology. He was professor in the same University, where he improved his knowledge in Hebraic and Arab, until he was hired in 1982 by the Israeli newspaper Maariv to work as a correspondent in the Iberian Peninsula. He is fluent in five idioms: English, Spanish, Portuguese, French and Hebraic.

Henrique Cymerman received innumerous awards: “Comendador da Ordem do Infante D. Henrique”, the maximum award in Portugal; he was nicknamed “anjo da paz” (peace angel) by Pope Francis; he was nominated for the Piece Nobel Prize in 2015 (for having made possible the prayer for the piece in Vatican); in 2009 he received the award Godó de Periodismo and in 2004 the prize “Advocacia Human Rights” for the General Council of Spanish Advocacy and he was also awarded with the prize Daniel Pearl in 2012 by Anti-Defamation League (ADL). Still in 2012, the king Juan Carlos I honored the Ordem de Mérito Civil to Cymerman and, since 2008, he has a table in his honor in a living room at the Academia Geral del Aire, a military academy of the Spanish air force. He was the winner of the New York Festivals Award in 1997 in the category of TV News Programs/Best Documentary for his work “A suicide bomber in the children room”.

Henrique Cymerman is a member of the Portuguese Diaspora Council since October 2017.