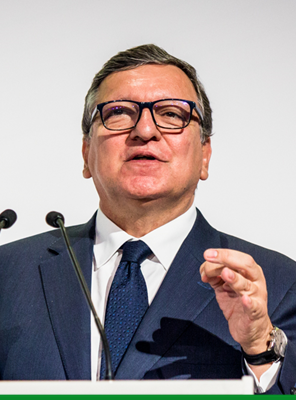 He was President of the European Commission, between 2004 and 2014, having been renewed in his position in 2009, after being re-elected for the European Parliament.

He was awarded with the Grã-Cruz da Ordem Militar de Cristo (a Portuguese award given by the Republican President) in 1996.

He has been a member of the Portuguese Diaspora Council since 2014.