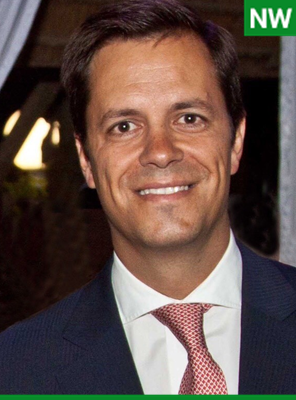 He was Head of Corporate and Investment Banking West Africa and NPC do Standard Bank Group in South Africa for 2 years.

Luis Teles also worked for BANIF Investimento, Banco Efisa and DEPFABank, at the United Kingdom. He attended a AICEP program for management graduates, in South Korea.

He is graduated in Management by Universidade Católica Portuguesa and holds a Master in Management from NOVA School of Business and Economics. He participated in INSEAD advanced management program.

Luís Teles has been a member of the Portuguese Diaspora Council since 2019.