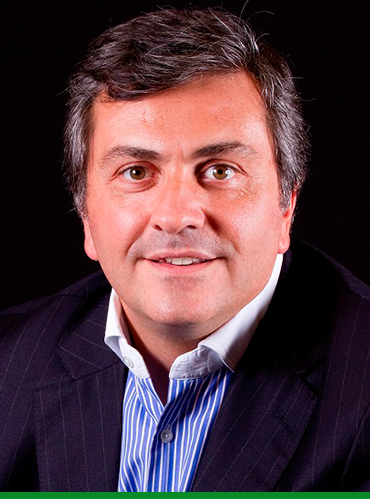 Nuno Teles is, since March 2018, President of Diageo Beer Company, a north-American subsidiary of the drinks international group that holds brands such as Guinness, Bacardi, J&B, Johnnie Walker or Smirnoff.

Between 2014 and 2018 he was Chief Marketing Officer of HEINEKEN USA, having at that time the responsibility for the management of 15 brands such as Heineken, XX, Tecate, Strongbow, Amstel, NewCastle Brown Ale, Red Stripe.

He was considered in 2015 for the magazine Ad Week one of the 50 CMOs more influent in the American market.

He exercised functions of Chief Marketing Officer in the four previously years in Brazil having made the “carve out” of the operation of beers after FENSA’s acquisitions by HEINEKEN and he achieved the leadership in the Premium beers segment with HEINEKEN multiplying for 5 tis dimension in 4 years.

Nuno received the award of Best Marketing Professional 2012 in LIDE group that reunites the 100 most important companies the Brazilian business.

He was a member of the Executive Global Council at Scottish&Newcastle in Edinburg before its acquisition by HEINEKEN.

He is a member of the Portuguese Diaspora Council since 2016.