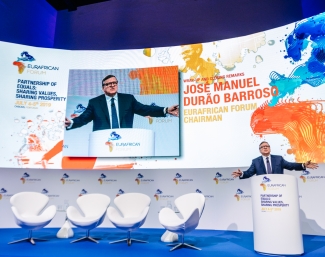 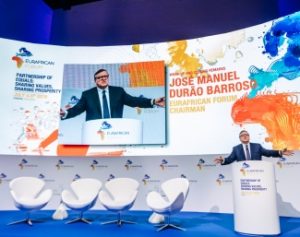 After the 2nd edition of the EurAfrican Forum it was announced that some African countries will create Diaspora Councils inspired by the Portuguese model. Angola, Ethiopia, Guinea Bissau, Mozambique and Nigeria are the countries preparing to launch their own influence networks.

The Chairman of the EurAfrican Forum, José Manuel Durão Barroso, said during the event that “Africa needs investment” and that “we have to find new ways to attract long-term investment to Africa by overcoming compliance barriers”. Durão Barroso said he believed that “Africa could be the largest market in the world”.

Filipe de Botton, president of the Council of the Portuguese Diaspora, sees a great opportunity in opening and facilitating trade between the two continents. “The vision is to create a free trade area between Europe and Africa,” he said. The businessman believes that this union will be possible to face the two big blocks: China and the United States. Botton said that “in 2012, when the Council of the Portuguese Diaspora was created, we wanted to know what we could do to bring prosperity to Portugal. The answer was: empowering the diaspora. Our mission today is to motivate African countries to set up their own Diaspora Council. ”

For Miguel Pinto Luz, vice president of the Cascais City Council, “connecting Europe and Africa is not an option, but an obligation”. The mayor also defended that “we have a connection to Africa: we are united by blood, by sentiment and by language, in the case of Portugal, as well as by the Atlantic.” “It is said that this is the century of Africa and perhaps that of Europe, but why not the century of Portugal with Africa?” He asked. Present in this initiative was the President of the Republic of Mozambique, who requested houses for the population affected by the recent natural disasters that devastated the country.

Filipe Nyusi went straight and said “we need accommodation”. “We do not need much food, but more of the seed. The fisherman needs a hook, he does not need the fish. ” The event had the High Sponsorship of the Presidency of the Republic, and Marcelo Rebelo de Sousa was not absent. The President stated that “there is now an expectation regarding the new cycle in Mozambique. Portuguese companies are very committed to investing in Mozambique – sea, energy, tourism, infrastructure “. The Portuguese Foreign Minister underlined that Europe has a problem of demographic deficit and Africa will triple its population throughout this century. “There is a demographic complementarity between Europe and Africa,” concluded Augusto Santos Silva. But this relationship, he argued, “can only be activated through regulated, safe and regular migrations.” What should Europe’s relationship with Africa be like? It should be a “less asymmetric relationship, more investment than aid.”

António Guterres, Secretary-General of the United Nations, left a video message highlighting the contribution of the migrants, who “can bring benefits to the countries of origin and destination.” He also said that the United Nations continues to deepen partnerships and work together with Africa that “could lead the way in investment and innovation.”

Koen Doens of the European Commission’s Directorate General for Cooperation and International Development said that “a new partnership model between Europe and Africa is emerging.” Collaboration is based on sharing of value and building prosperity. “The private sector is now the leading actor in Africa,” he said.

Kim Kreilgaard, the head of the European Investment Bank (EIB) in Portugal, explained that the European Investment Fund (EIF), owned by the EIB, has a project-driven program in Africa to “finance venture capital funds” and help build risk capital ecosystems in Africa. “We want to attract investors to create the right teams and support the startups.”

EurAfrican Forum 2019: Euronews interview with the President of Mozambique