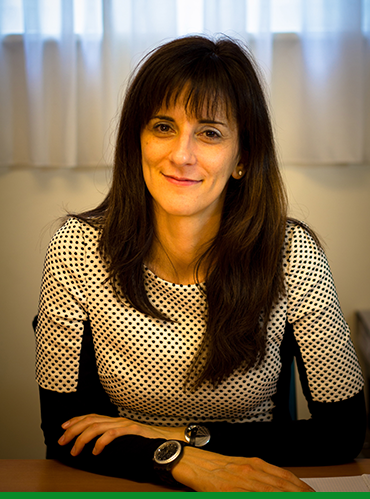 She is the Director of the Laboratory of Molecular Disease Center, in the University Hospital Vaudois in Lausanne (CHUV), in Switzerland, since January 2015.

Between 2003 and 2011 Belinda Xavier was a Researching Assistant in the laboratory of the Molecular Pediatrician Division at CHUV in “Identification of the Molecular Bases of Bone Displasias”. In 2011, besides the researching she assumed the coordination of the diagnose and the project of implementation of a laboratory of new generation sequencing (NGS – “Next Generation Sequencing”).

Graduated in Biology – Scientific field for the Faculty of Sciences and Technology of the University of Coimbra. In 1999, she obtained the diploma in Medical Genetics for the European School of Medical Genetics in Italy. She concluded a PhD in Human Genetic, in 2002, at René Descartes University, in France, with the maximum qualification of Mention Très Honorable avec Félicitations du Jury.

She received the 1rst prize from “Prize Nestle Research – Swiss Pediatric Research Meeting” in 2007 for the identification of the responsible gene for omodisplasia (variety of nanism with short members) and she is the author of many publications.

She is a member of the Portuguese Diaspora Council since 2013.