Lisbon and Warsaw take on NYC and London 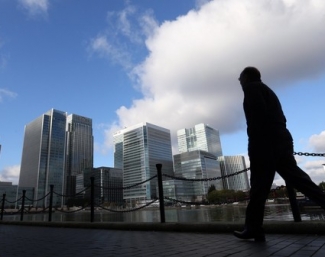 People joining a global bank in the future are just as likely to be based in Lisbon, Dublin, Warsaw or North Carolina, as they are in London or New York.
Many of the biggest US and European banks are accelerating the shift of thousands of people and ever more critical activities out of the main financial centres to lower-cost locations.
Executives at BNP Paribas are drawing up plans to hire several thousand more staff over the next three years in Portugal, and France’s biggest bank is likely to more than double the almost 2,000 people it already employs in Lisbon. Credit Suisse is cutting 1,800 jobs from London and 1,600 jobs from Switzerland and replacing many of these with cheaper staff in “centres of excellence” in India, eastern Europe and Raleigh, North Carolina. The Swiss bank also announced late last year that its prime brokerage traders would be among the 100 jobs relocated from London to its cheaper site across the Irish Sea in Dublin.
The moves highlight how banks are taking a stricter look at which activities need to be based in high-cost financial centres as digital communications and cloud computing make remote working easier. Big Wall Street and European investment banks are also grappling with the twin hurdles of falling investment banking revenues and tougher post-crisis regulation. “Corporate and investment banks have been offshoring for many years, but what we are seeing now is the intensity has accelerated because of the economic conditions and also the digitisation of the industry,” says Bill Michael, global head of banking and capital markets at KPMG.
Goldman Sachs is building a new campus in Bangalore to house about 9,000 back-office technology and operations staff, which would make the Indian city its second-biggest location after New York. It also aims to hire several hundred staff for an expanded Polish services centre it expects to open in Warsaw this year.
Some banks have been doing this since the 1980s. JPMorgan Chase opened its Bournemouth office in 1986. After hiring more than 400 people last year the US bank now has 4,000 staff doing IT, compliance, operations and treasury services on the UK south coast. It also employs about 2,000 people in Edinburgh and Glasgow. Most bankers say their near-shoring plans are not related to this month’s UK referendum on EU membership. But most of them predict a Brexit vote would accelerate the shift of banking jobs out of London, as JPMorgan chief executive Jamie Dimon warned last week.
There are signs that big banks are cooling on long-distance offshoring to places such as India, which can be plagued by rising costs and high staff turnover. Instead they are switching their focus to closer regions such as eastern Europe or Florida. A managing director whose team works closely with colleagues in India says the drawbacks can outweigh the savings. “Say the cost is 25 per cent of what staff cost here [in London], it is not obvious that [they are worth it],” he says. Staff in his bank’s Indian operation often leave after as little as six months — just enough to save up for graduate school — and he says they are typically not the brightest in their class, who go directly to banks in London and New York.
Philippe Morel, head of global capital markets at Boston Consulting Group, says: “A lot of firms feel they have maximised their offshoring and are now shifting full-time employees from metro to near-shore to help reduce costs further.” In one such example, Citigroup has been shifting staff in its legal, human resources and risk teams from London to Belfast. Meanwhile, BNP and Morgan Stanley have been moving some of their credit research analysts to Lisbon and Budapest respectively.
Many of the banks have established ties to local universities in the places they have chosen to locate their service centres, often crafting specific courses to meet their needs, such as Citi in Belfast and Goldman in Warsaw. “Most people working in banks remain buried in endless spreadsheets and paper — it is an enormous process and that is a big part of their problem,” says Mr Michael at KPMG. “The atmosphere in banks is not great right now and by setting up these near-shore service centres you get a stickier workforce; turnover is lower, because you get a better working environment, particularly for lower-paid staff in the banks.”
Deutsche Bank was one of the early movers, setting up a base in Birmingham in 2006 which has grown from its original 30 people to more than 1,500. The German bank has experts in compliance and finance at the site and its global markets business even has a small presence there, but the staff are involved in structuring products and other tasks outside trading. At Citi’s annual meeting in April, held in Miami, chief executive Mike Corbat said the bank planned to add another 1,000 jobs over the next two years to its service centres in Florida, where it currently employs about 10,000 people.
Other banks that are in the midst of restructuring are expected to follow a similar strategy, such as Morgan Stanley, which employs about 1,200 people in its services centre in Glasgow and about 1,000 in Budapest. New York has lost 27,000 financial services staff in the past five years, leaving it with 331,000 positions, and London has lost 15,000, leaving it with 358,000 posts, according to estimates provided last month for the FT by consultancy Boyd.
“This industry needs a 20 to 40 per cent reduction in costs,” says Matthieu Lemerle, head of the European capital markets and investment banking practice at McKinsey. “A small part of this can come from nearshoring part of the front office sales operation for smaller clients.”