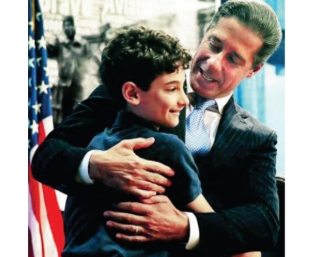 The superintendent of the third biggest American school district was invited, in February, to join the New York’s education system, the biggest in the USA. He would refuse the position to continue his work in Miami-Dade.

“I have seen adults breaking the spirit, the dreams and the passion of children and my work is to deconstruct the systems, to make them more human, flexible and intelligent”, states Alberto Carvalho. The man that has been sitting for ten years in the chair of superintendent of the public education system of that state, has changed the lives of many families and keeps doing it every day. That’s why they couldn’t allow him to leave, even when mayor Bill de Blasio chose him to lead the biggest Education department of New York.

“I wouldn’t be the son of my parents if I’d chosen the easiest path only for the title. (…) I can make much more difference in the position I am. I know that I would easily win if I’d run for it, but as a congressman I would be one in 435. Here I have executive power, leading the third major education system in the country (after New York and Los Angeles)”.