Home / Blog Archive / News about The Council and Counselors / Inês Caldeira: The wonder of discovering Thailand 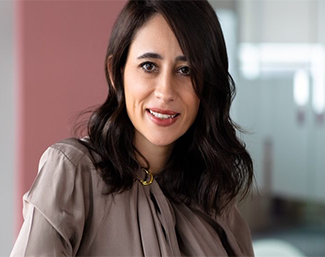 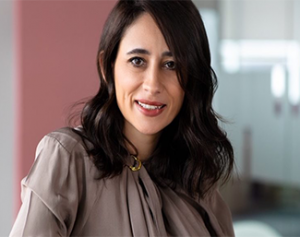 The testimony of the Diaspora Counselor Inês Caldeira about what she has learned since taking over leadership of L’Oréal Thailand, Cambodia and Laos. The passion for Asia started early, but only after 17 years of career in Europe, the dream came true.

At 35, Inês Caldeira was the first woman, and the youngest professional ever, to take over the leadership of L’Oréal Portugal, the company where she entered as a trainee in the marketing of the Consumer Products Division (DPGC) and that three years later he sent her to Paris for her first expatriation.

Asian markets are not new to Inês Caldeira, who in 2004 joined the Garnier International Marketing Development team at L’Oréal headquarters in Paris, where she worked specifically with this area of ​​the globe. From 2006 to 2008, she was responsible for Garnier’s marketing in Portugal, then returned to France as DPGC Marketing Director for Europe. In 2010, at her request, she was sent to lead L’Oréal Paris marketing in Spain because she wanted to test herself in a difficult and crisis market. Despite the harsh context, she was promoted twice, once the managing director of the brand.

In 2014, she took over the general management of L’Oréal Portugal and since September 2018 has been leading L’Oréal Thailand, Cambodia and Laos. “I celebrate this year 18 years of L’Oréal, the company where I grew up to be happy. It has been many years deepening my knowledge of Industry, following the evolution of women (and men) and their relationship with beauty.

I realized the importance beauty has in women’s self-esteem and affirmation, the value of brands’ aspirationality and the role that cosmetics play even in times of crisis. I know today that beauty is diversity and that the Spanish are different from the Portuguese, the French and the Thai, but also that each of the people of these countries is different from each other. I followed the explosion of the global shopper and hence early adopters, digital and the transformation of mass marketing into one-on-one relationships, the emergence of e-commerce and new retail concepts. I saw thousands of brands and trends born. I also watched many of them disappear.

There are 18 years of experience, a lot of know-how. But it was mostly the work with talented teams that fascinated me the most, the certainty that the teams are really the new heroes and that the cooperation between them all has magical effects. So when I entered the tenderness of 40 I decided to give my career a new direction and travel to the East, many asked me “Why?”

The Center of the world has changed. It all starts here. Asia has become an unavoidable center of influence in the beauty world. Double-digit growth, booming e-commerce and the middle class are some of the pull factors.

But not only. For those who are passionate about this world know that Asians are fascinated by cosmetics. From the least developed countries to the most sophisticated in the region, the beauty routine can reach 10 creams a day in the morning!

The development of new textures and gestures reaches an unprecedented scale.

Working in the Industry and having the opportunity to see him in the driver’s seat is not only a privilege but also necessary for a full career.

Portugal reaches the best ever ranking in tourism competitiveness ranking

Manuela Ferro: “A leader must know how to listen; many good ideas don't come from us”