Portuguese people influencing around the world 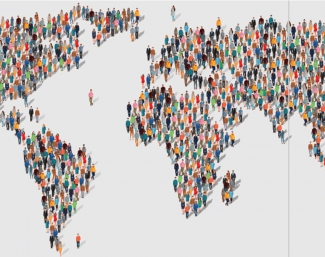 It’s more than a world network of influential Portuguese people in the fields of economy, sciences, culture and citizenship. The Portuguese Diaspora Council is recognized has a relevant instrument for the country. Interview of the President of the Board to the Executive Digest.

Five million Portuguese people and descendants are spread around the world. This means 50% of the Portuguese citizens, a disproportional  number when relating with the world average, of about 3%. Everything started with the Council of Globalization, in 2006. At that time, it was usual to invite big multinationals CEOs around the world, namely IBM, Toyota, City Bank, to come to Portugal to discuss current issues, secretively. «We were about 25 entrepreneurs, from many geographies, since Europeans, Asians, North-Americans and South-Americans, invited by the President of the Republic of Portugal, Cavaco Silva, but also to be for a day with Durão Barroso, former president of European Commission, to lobby», tells Filipe de Botton, president of the Board of the Portuguese Diaspora Council, referring to the beginnings of the Council of Globalization, that suffered evolutions.

In 2012, it was felt that the concept could be creating “antibodies”, once it was only composed by foreigners. It was decided «to invite only CEOs from countries of Portuguese speaking of non-Portuguese companies. It went well and we created the Portuguese Diaspora Council, mainly with people from Economy, Arts, Sciences and Citizenship».

In contrast with other Diasporas created inside the Governments, this idea comes from the civil society, more concretely from Filipe de Botton – a renown Portuguese entrepreneur. Chairman of Logoplaste, (the 3rd major European company that converts rigid plastic), also founding partner of Norfin, Invesfin and Logowines, being also involved in the hotels and resorts sector and partner of the Santini ice creams. «At that time I had the idea and I had the support of the President of the Republic, Cavaco Silva», explains, assuring that the original mission is the same: to help the country.

Thus, it was formally constituted on December 26, 2012 with the high Patronage of the President of the Republic of Portugal – also Honorary President of CDP – as well as with the Minister of State and Foreign Affairs – honorary vice-president of CDP, in functions, today Marcelo Rebelo de Sousa and Augusto Santos Silva.

The main intervention element of the Portuguese Diaspora Council are its 91 counselors, spreaded in 28 countries, 47 cities, in the five continents. «An asset with a priceless value. The Council started with a mapping of influence Portuguese people living outside of Portugal and it is a work the keeps going on. These Portuguese people make the difference and have high recognition on their host communities. Among the 96 invitations that I have made, nobody refused to support Portugal.»

From the 96 members invited initially, more than three quit, because they retired or returned to Portugal. «There have been a healthy renewal», added Filipe de Botton.  «This is without any doubt, the influence diaspora. Everyone, the ones working abroad, are important, but we are not talking about the Saudade Diaspora or the shipping Diaspora, that really helped Portugal. This is about the people that can reinforce Portugal’s image, whether it is through finding partners to the development of new ways of being, or bringing different ideas and people to Portugal, disclosing artists, reorganizing the Portuguese network outside of Portugal. The counselors have the permission to “Introducing Portugal” where they live, organizing on or twice a year meeting with local people to talk about Portugal and spread the country», highlights.

We talk about José Manuel Durão Barroso (Goldman Sachs), Carlos Gomes (Peugeot Citroen), Pedro Domingos (University of Washington), Joana Vicente (Toronto International Film Festival), António Horta Osório (Lloyd’s Banking Group), António Simões (HSBC), Zita Martins (IST) and Manuela Veloso (Carnegie Mellon University). To help developing the Portuguese Diaspora Council, Filipe de Botton observed, in particular, the examples of the Diaspora in Ireland, Israel, China and India. «Those were well structured cases, that use, in a good sense, its diaspora. In China and India there are millions of people outside and everyone have the  duty to help the finances of the origin country.»

You can read the article written in Portuguese HERE.