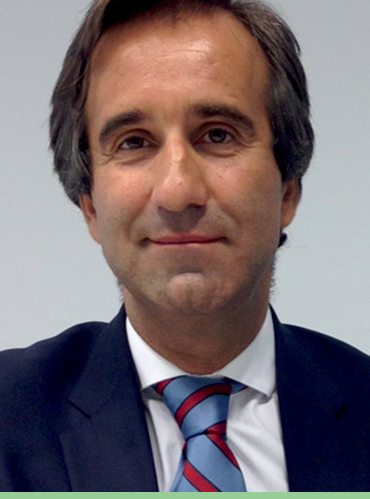 João Pedro Taborda is the Director of Embraer’s External Relations since 2015. The company is based in Brussels and he is responsible for the affairs related with government and public policies with an impact for the group in Europe, Africa and Middle East.

He is graduated in mechanical engineer for the Instituto Superior Técnico, where he also obtained his master degree in Management of Engineering Technologies and Policies with a specialization on the area of economic compensations related to public acquisitions.

In the scope of his duties at Embraer, he is involved since 2006 in the team that leaded the negotiations with the Portuguese Government that resulted in the installation in Evora (a Portuguese city in Alentejo) of two new factories for the construction of segments in materials and composite materials designed to Embraer’s products.

Between his activities related to this work, he was involved in a four years work with AICEP to the qualification of Portuguese companies to supply Embraer to the aeronautic sector in a global scale, besides the support in the definition and implantation of bearded I&D projects by partnerships between the Scientific and Technological National System and Embraer.

Besides the financed projects by the European Commission, he attends since 2006 some initiatives in Portugal such as the LIFE project in the demonstration of concepts of aircraft cabin interiors sector, internationally awarded, and a project to the lab test of ISQ in Castelo Branco of a critical aeronautic structure built in composite material.

Between 2013 and 2014 João Taborda worked in Embraer’s team that studied the viability and announced in February 2014 the implantation in Evora of the Center of Engineering and Technology of Embraer in Europe, the second of this type outside Brazil, besides the Center that the company has in this installation stage in the United States.