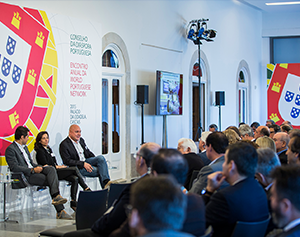 On this meeting the discussed themes were XXI professional skills, the development of the audiovisual industry in Portugal, the prevention of diseases and health promotion, and the exportation of services.

By The Portuguese Diaspora Council, December 2015

Workshop H2020 and the Entrepreneurial Diaspora